Black Wondersticks (BWS) is a dynamic floorball club made up of some of the best floorball players in the nation. Owned and managed by the Youth Floorball Academy, Black Wondersticks is branded under the International Club Partner of Top Swedish Floorball Club, Storvreta IBK. Storvreta IBK plays in Sweden’s highest floorball league, the SSL, and have been reigning champions for 6 years.

MISSION
Committed to become the best floorball Club in Southeast Asia, Black Wondersticks aims to develop high-performance floorball players, to be able to compete against the best locally, regionally and internationally, while maintaining a high level of professionalism, discipline and moral integrity both on and off the court.

Black Wondersticks lives by our motto of undefeated determination. Our club consists of a Mens, Womens and Youth team.

The reigning Champions of the Singapore Mens Division 1 for 4 years in the Singapore Floorball Premier League (SFL), the Black Wondersticks Mens team is the club to watch at every year's Singapore Floorball League. Whether in terms of experience or on-court game tactics,  the team’s steady performance and high-tempo playing styles make for exciting matches.
MENS TEAM ACHIEVEMENTS

Previously known as Wolves, the Black Wondersticks Womens team has come a long way since 2014 to rise to the Singapore Womens Division 1 in the Singapore Floorball Premier League (SFL). Our players have vast floorball playing experience at national and international levels, and are a force to be reckoned with on the courts.

The youth arm of the Black Wondersticks, Black Wondersticks Youth was formed to create more equal opportunities for our young players to showcase their floorball skills. The youth team’s focus is on the developing of young players (Under 19 years) for progression into the experienced senior team (BWS). With some of the best young floorball talents in the nation, the team clinched the Division 6 Champion title the first year the club was launched (2018) and has caught the attention of both experienced and aspiring players.

BWS IN THE NEWS 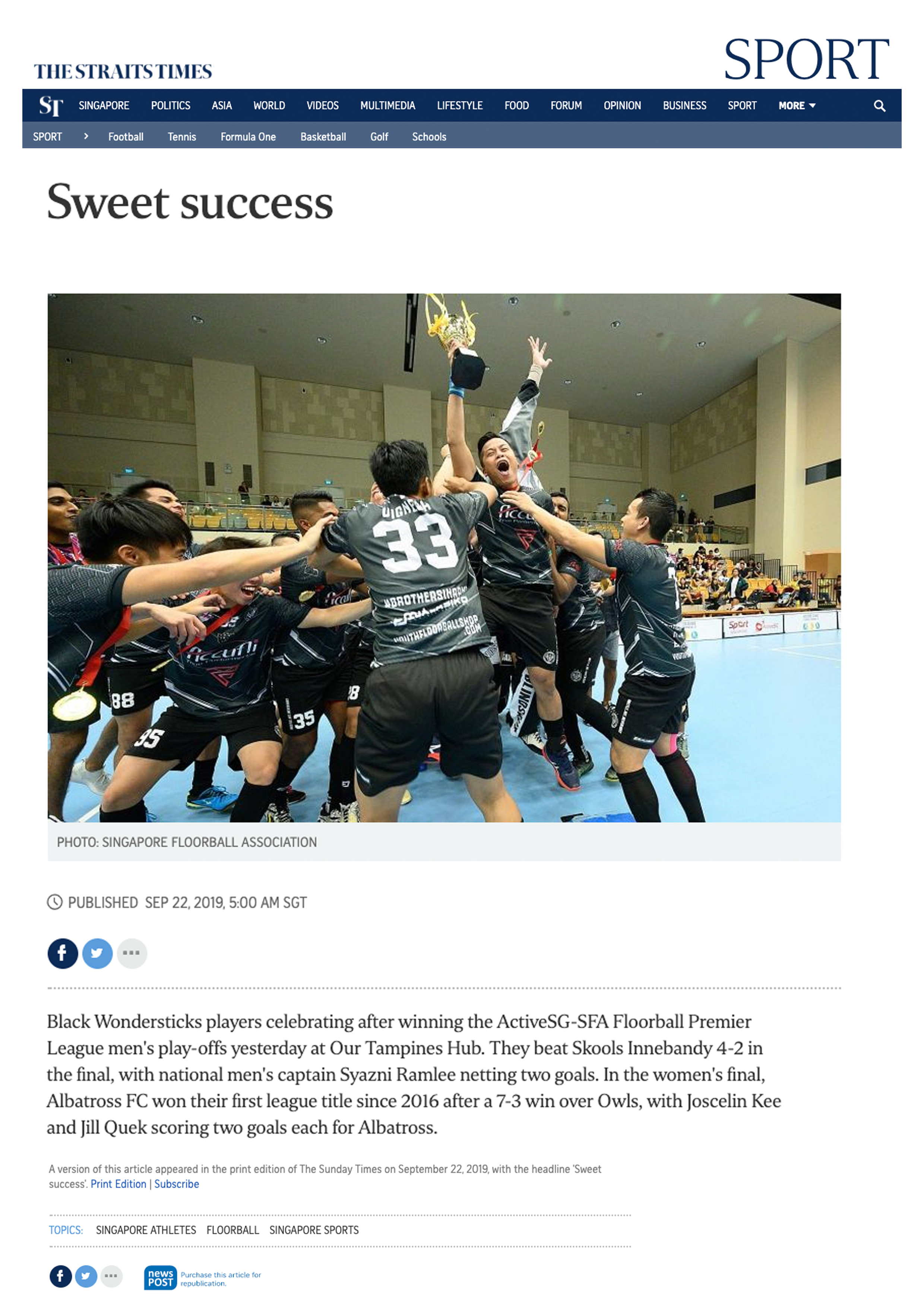